- With repeating standings changes right up until the end of the race, the 10th round finished in the order of Heejung An , YunHo Park, and Junho Jang.

- YunHo Park wins the overall title of the season, and HeeJung An, the tied for second place, came in second overall of the season, due to having a higher number of round wins. 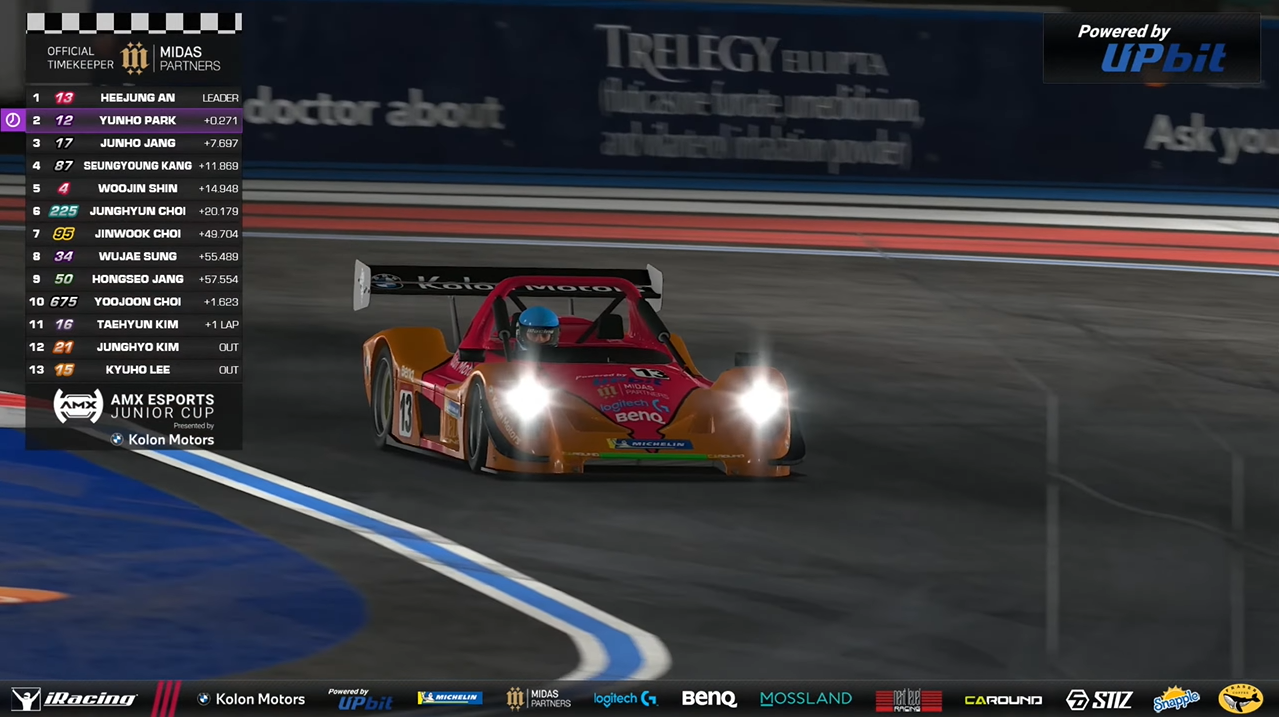 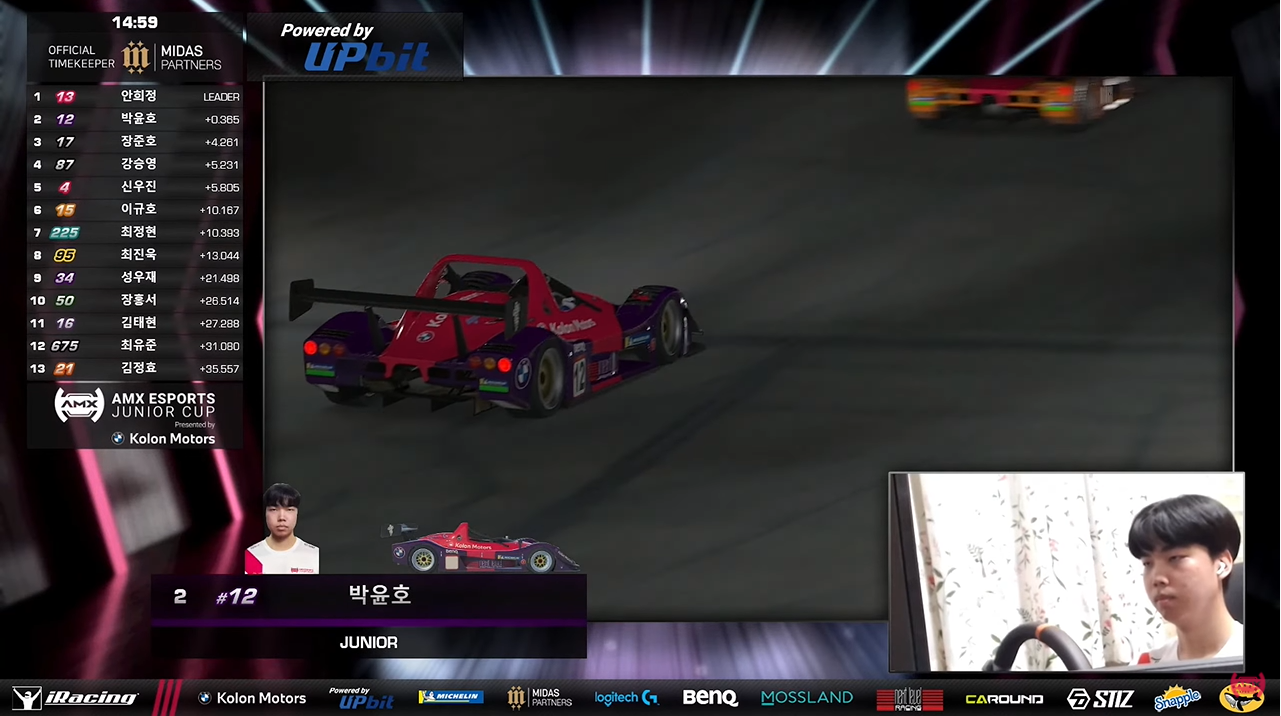 Yunho Park, who previously confirmed the overall title of the season, finished second in the final round of the AMX ESPORTS JUNIOR CUP.

Korea's first attempt to foster junior racing drivers through sim-racing, and the final AMX e-sports match (10th round) was well received by quite the online audience and ended successfully.

Hosted by Automanix (CEO Lee Sang-hak) with the support of the Korea Automobile Racing Association, the AMX ESPORTS JUNIOR CUP was designed to discover and train talented racing drivers to someday represent Korea. While laying the foundation for domestic motorsports and taking the lead in popularization and development of motorsports, scholarships of 2 million KRW for first place, 1 million KRW for the second place, and 500,000 KRW for third place is separately awarded to the top three to further realize their dreams.

The race was a showdown between the developed spears and shields of the AMX Juniors. Heejung An maintained the lead under tremendous pressure from Yunho Park, and Yunho took opportunities to overtake from time to time. However, with one minute left before the end of the game, there were a series of unexpected events. Heejung An faltered in the process of escaping the corner, and Yunho Park regained the position. However, Heejung An who did not lose concentration until the end, succeeded in recapturing the lead like a film-like move in the last lap and last corner.

Yunho Park, who won the overall title in the first season, is a star player representing both the AMX e-sports Junior Cup and AMX ESPORTS Championship presented by Kolon Motors. Earlier, he performed well with an overwhelming difference in domestic sim racing games. Out of a total of 10 rounds, he finished the game with Podium in 9 games, won 5 championships, and finished runner-up 3 times. As he has performed so well so far, he is expected to perform well even when participating in motorsports.

Lee Sang-hak, CEO of Automanix, said, "Congratulations on Yunho Park's overall victory. The final match of South Korea's motorsports grassroots project and the AMX ESPORTS Junior Cup ended with everyone paying close attention. In fact, players participating in the Junior Cup are also participating in karts and real motorsports to realize their dreams and are performing quite well. We will continue to make efforts to foster motorsports talent in Korea," he said.

The AMX eSports Junior Cup, which was held for the first time this year, is sponsored by title sponsor Kolon Motors, Upbit, Michelin Korea, Midas Partners Group, Logitech G, BenQ, Mossland, Next Level Racing, Carround, Stiz, Snapple, and Fraser Coffee. Scholarships of 2 million won, 1 million won, and 500,000 won will be awarded to the top three players in the season, respectively, and the awards ceremony will be held during the rouds of the Kolon Motors AMX ESPORTS Championship on October 28th.

Meanwhile, the AMX eSports Championship (R13-R18), which has 6 rounds of offline rounds split into two days remaining, will be held at the afreeca Colosseum located within Lotte World of Jamsil,  at 6:30 p.m. on Oct. 27 and 28. The offline rounds will be broadcast live on AMX's official YouTube channel and Afreeca TV. The english broadcast will be live on RaceSpotTV's official YouTube channel.

The AMX ESPORTS CHAMPIONSHIP grand finale! Weds & Thurs starting at 6:30PM KST "AMX IS BACK". The future of Korean motorsports! The final round of the AMX eSports Junior Cup.
List