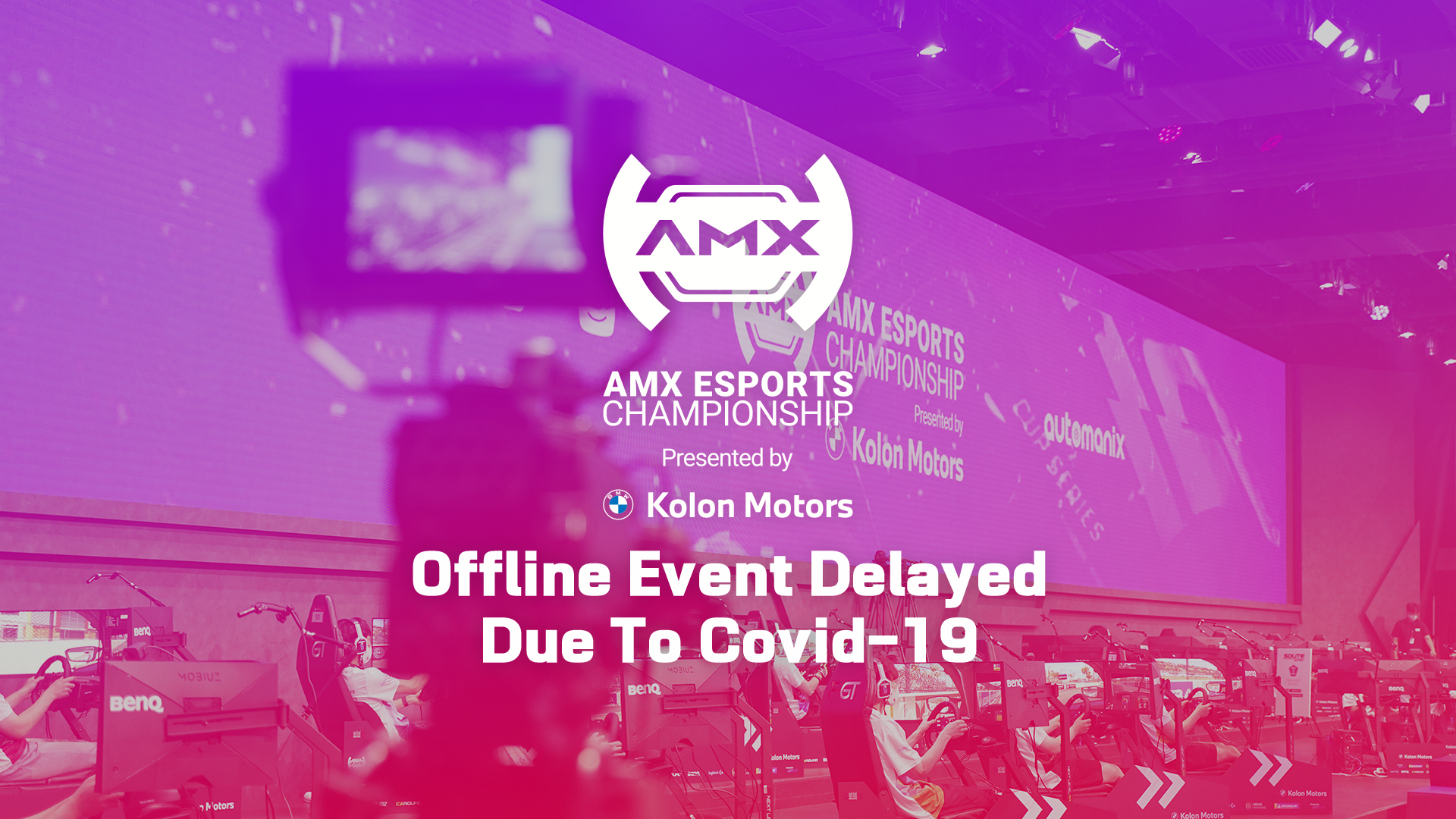 First of all, we would like to sincerely thank all the fans, including the contestants and sponsors who are showing us great interest and support.

We would like to convey the official position of the AMX E-Sports Organizing Committee regarding the upcoming two (R13-15, R16-18) offline competition events.

Recently, the coronavirus has shown little signs of calming down, and as a result, the remaining  offline rounds are being delayed. Also, the 4th level of the social distancing measures via the central quarantine task force has been extended until October 3.

Assuming the current situation improves, we would like to confirm the remaining offline competition schedule for the end of October (October 26-27). We would like to inform you that this is the best decision for the participants after a long internal discussion.

We will do our best to successfully host the remaining competition and continue to lead the Korean motor sports culture.