"Fierce battles that go beyond real motorsports races kept viewers on the edge of their seats."

In the main race, which lasted 30 minutes in a rolling start method, there were a series of thrilling scenes. At the same time as the start, not only did the four drivers race into the corner, but also overtaking scenes from the final lap unfolded giving movie-like action. In particular, the repetition of pushing and spinning due to poor concentration gained interest from viewers.

The sim driver's outstanding skills  shone throughout the game. YoungMin Lee (E-URO) and YoungTak Lee (Team BTC) showed the same movement as a train with cars sticking to each other within a second throughout the race, while Lee Deuk-hee (Solite Indigo Racing), who remained in the middle ranks, was directly or indirectly involved in accidents thus suffering great damage. Lee Deuk-hee completed a long 30-minute journey safely despite accumulating the damage. 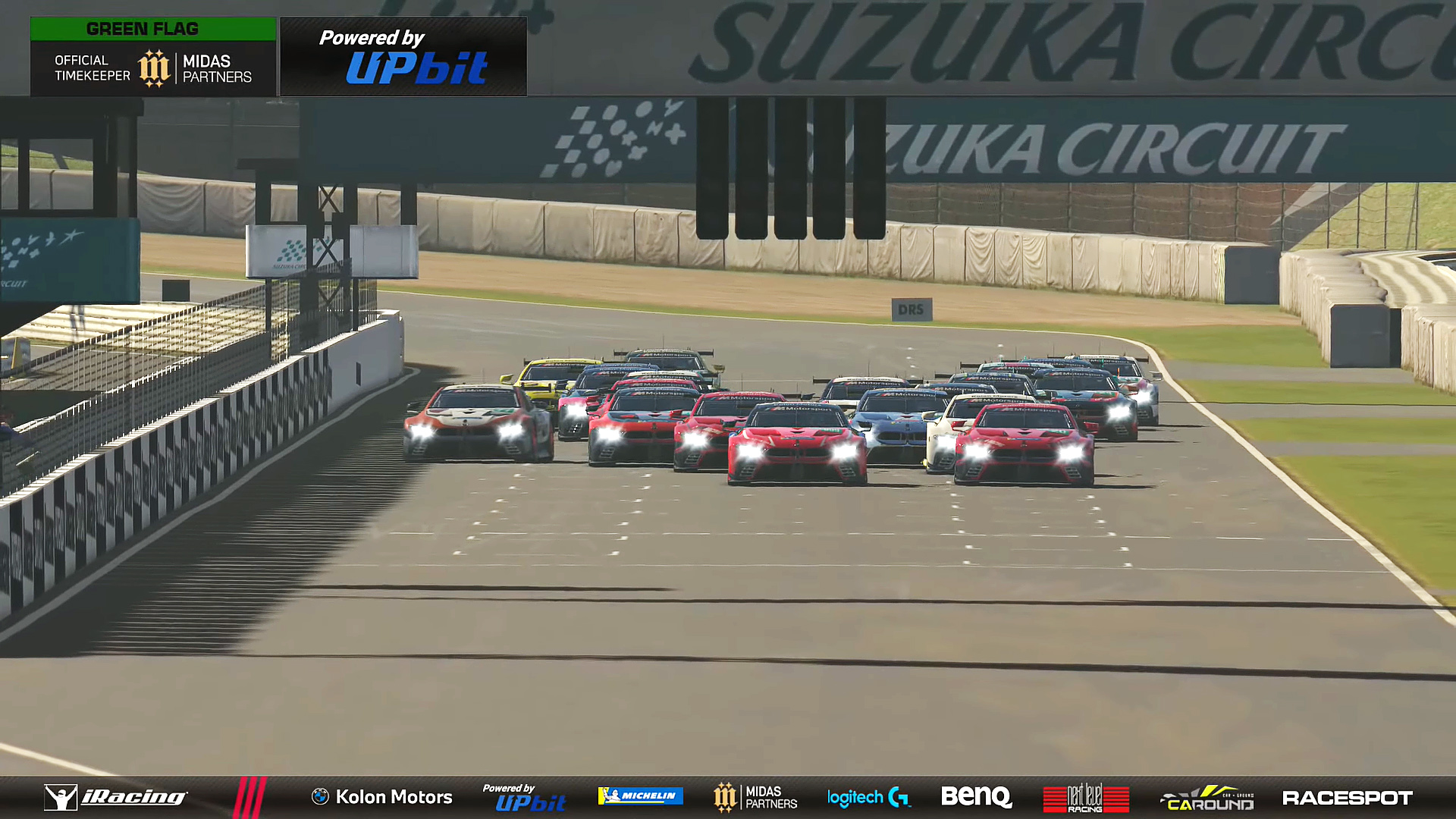 At center stage of Round 1 of the AMX e-sports Championship was Yunho Park. He is the one who won the opening round of the AMX e-Sports Junior Cup. Of course, the process was not smooth. During the competition for the lead with JaeHyeok Lim, he went off-course due to a collision, and his ranking plummeted to 11th place in the process of returning.

However, Yunho did not give in and steadily raised his place to 8th in the last lap and last corner. This served as a groundbreaking strategy. This is due to the competition regulations that place No. 1 to No. 8 drivers in the sprint race in reverse order for the main race.

Yunho Park, who started the main race at P2, later took the lead with steady race management skills and was the first to receive the checkered flag. ChiHyeong Park came in second by eight seconds and YoungTak Lee came in third by 16 seconds. Yunho said, "I'm so happy to unexpectedly win the round. I think it was a great help to practice a lot ahead of participating in the series,"

Viewers' reaction to the opening game was tremendous. iRacing's graphics and physics engine, which are precisely implemented through 3D·laser scanning, incredible camera angles of RaceSpotTV that broadcasted the game, and prominent sim drivers competng fiercely presented an attractive race. "It's more realistic than reality," "(The level of the competition) is world class," and "It's more fun to watch than actual races," followed by favorable reviews of the overall competition. 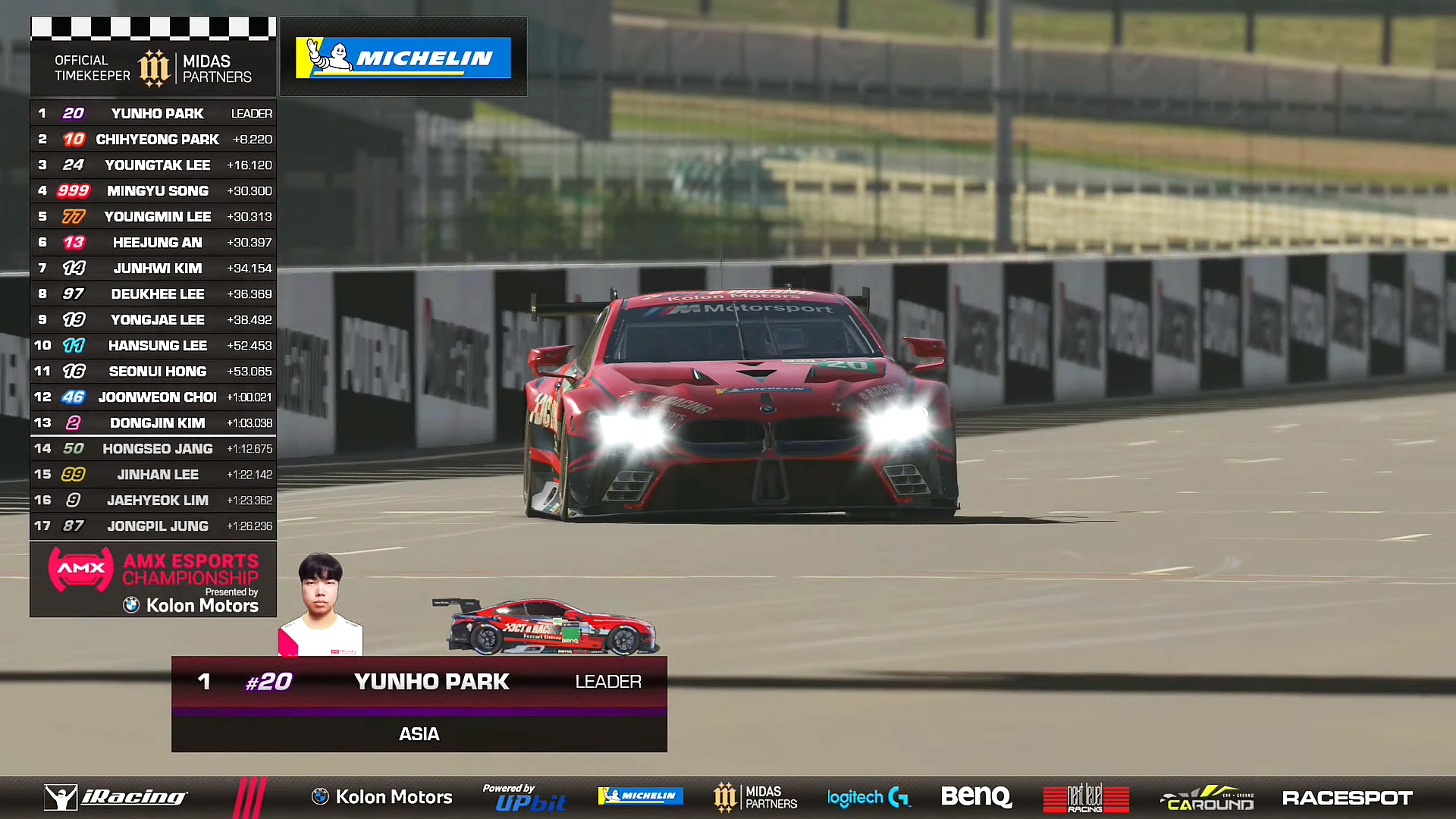 In particular, despite numerous accidents throughout the round, the fact that the stewarding was systematic and swift was also highly praised. All reviews were neatly completed in time while the results of decisions were promptly displayed during the broadcast. This reflected the chemistry of the collaboration among the Korean stewards and RaceSpotTV's stewarding team.

John Lee, CEO of Automatix, stated, "We successfully finished the opening round of the AMX e-sports Championship. Thanks to the sponsors and officials who have collaborated perfectly with us, I want to take this opportunity to thank you once more. In particular, we will create a sim racing competition that can be entertaining and special for the viewers. Starting with the AMX eSports Championship, I hope sim-racing emerge as a new trend in e-sports." 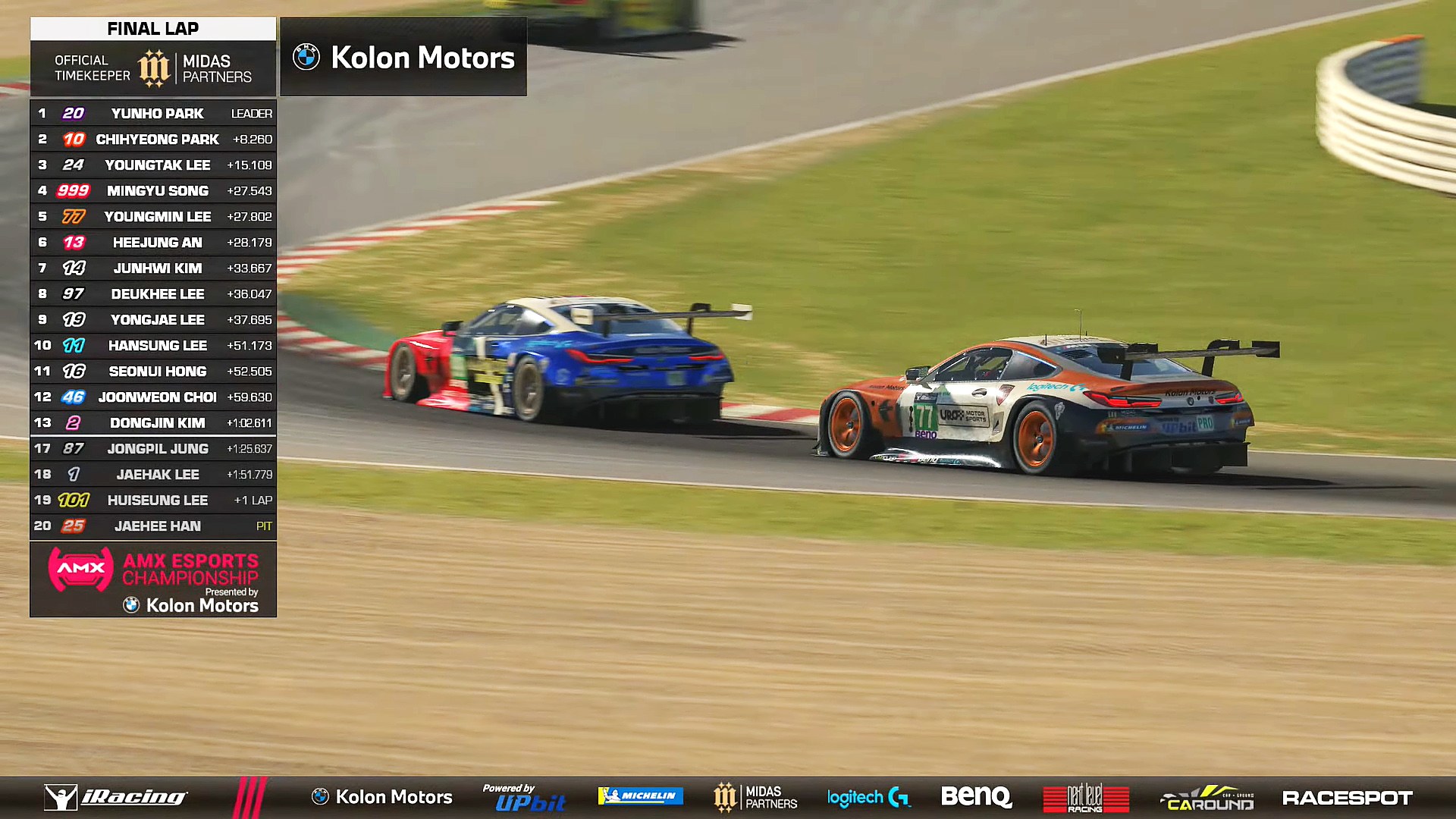