20 top professional racers who are active in the domestic motorsports scene participated, drawing much attention from viewers and the industry as a whole. The third round was held using the BMW M4 GT3 at the Nurbugring in  Germany (5148km long, 16 corners).

Due to the nature of the circuit, which has high angled corners and a wide road surfaces, dramatic scenes were able to be seen, some that went even beyond the imagination. Four cars  jumped into the first corner at once, and the distance between each driver was too close, leading to a major accident. In addition, side by side, which refers to the situation in which each car runs side by side, was a norm during this round.

The more variables that reverse the flow of the race, the more action to see from the perspective of viewers. Round 3 was like that. In the sprint race, GyuMin Kim, also known as 'Volt Kim' (DCT ERacing) and YoungChan Kim (DCT Racing), who were were mentioned as strong contenders for the championship, were pushed out of the rankings due to the accident in the first lap and first corner. As JongKyum Kim (Atlas BX E-Sports Team) collided with JungWoo Lee  (Team BTC) from behind, the two drivers in front suffered direct damage.

JongKyum Kim , who immediately settled down, won the sprint race, and JungWoo Lee moved away from higher rankings as he fulfilled the driver-through penalty for causing the accident. DongGyu Kim (E- Euro) and HyunJin Jang (DR Mighty), who followed, came in second and third, respectively. GyuMin Kim and YoungChan Kim, who fell behind, steadily raised their pace and came in fourth and fifth. 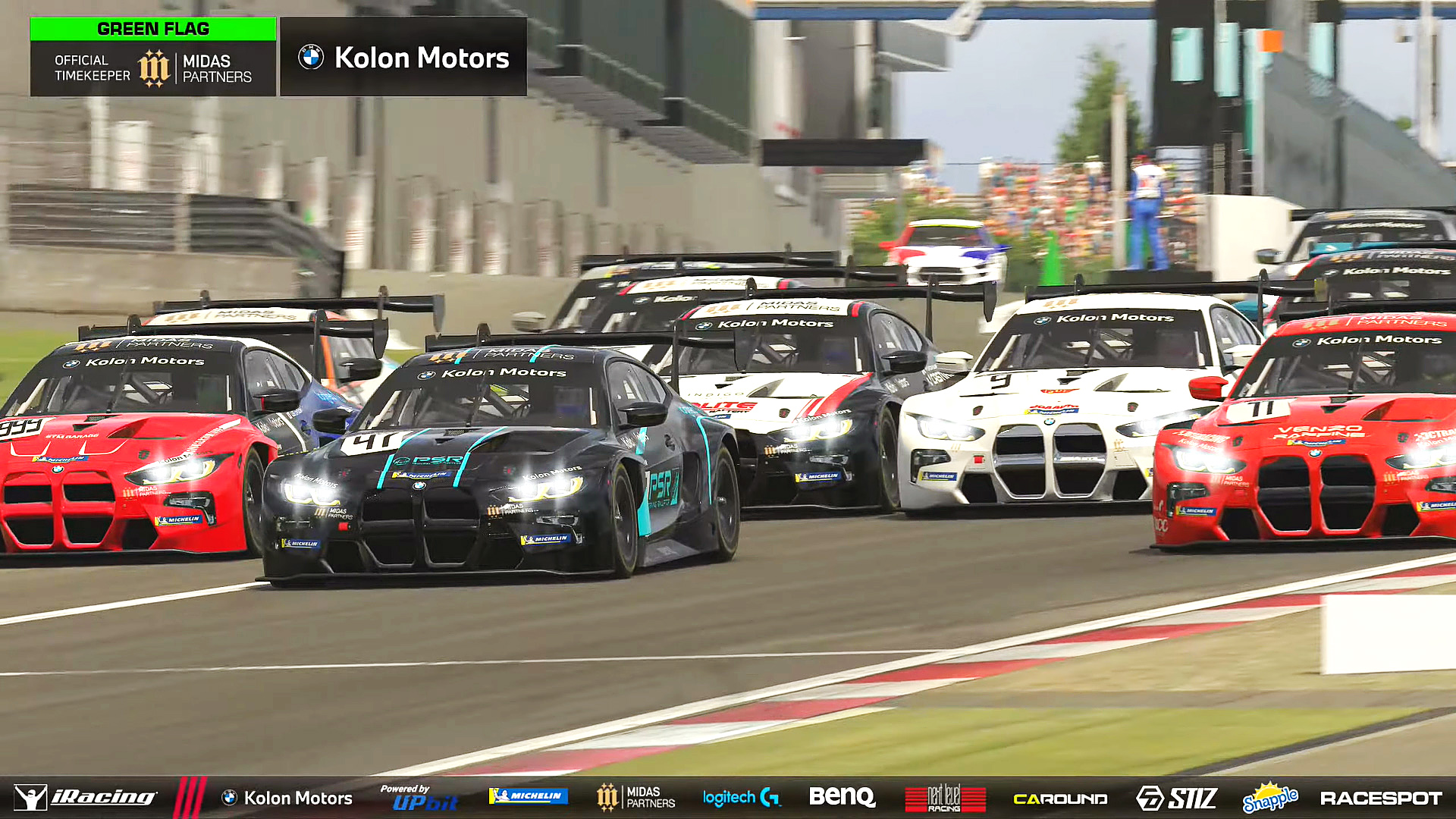 JaeMo Go and JungWoo Lee, who were competing for fourth place within 0.5 seconds, went off circuit due to a collision with one minute left before the end of the race. JinSoo Kim (Solite Indigo Racing), who was behind them, benefited from the mistakes. The two players finished seventh and tenth, respectively, due to the collision just before the end of the tournament.

Viewers' reactions to the third round were diverse. "As expected, Volt Kim," "iRacing is so realistic," and "The level of competition is high as expected from real drivers," followed by favorable reviews for the drivers and competition. In addition, compared to real motorsports, which takes a long time to review incidents, all reviews were completed efficiently based on KARA collaboration with RaceSpotTV, drawing keen attention from industry officials.

The AMX eSports Championship presented by Kolon Motors, the largest sim racing competition in Korea this year, is sponsored by various automobile, IT, and clothing companies such as Upbit, Michelin Korea, Logitech G, BenQ, Next Level Racing, Carround, and Stiz, as well as title sponsors BMW Kolon Motors.

John Lee, CEO of Automanix, believes that "the competition between Sim racers turned real racers and real racers was the fiercest in the third round, where 20 professional racers participated. This time, Gyumin Kim and YoungChan led the flow, but the day will come when professional racers threaten the top position as the round changes. The more the competition intensifies, the greater the enjoyment of viewer," he stated. 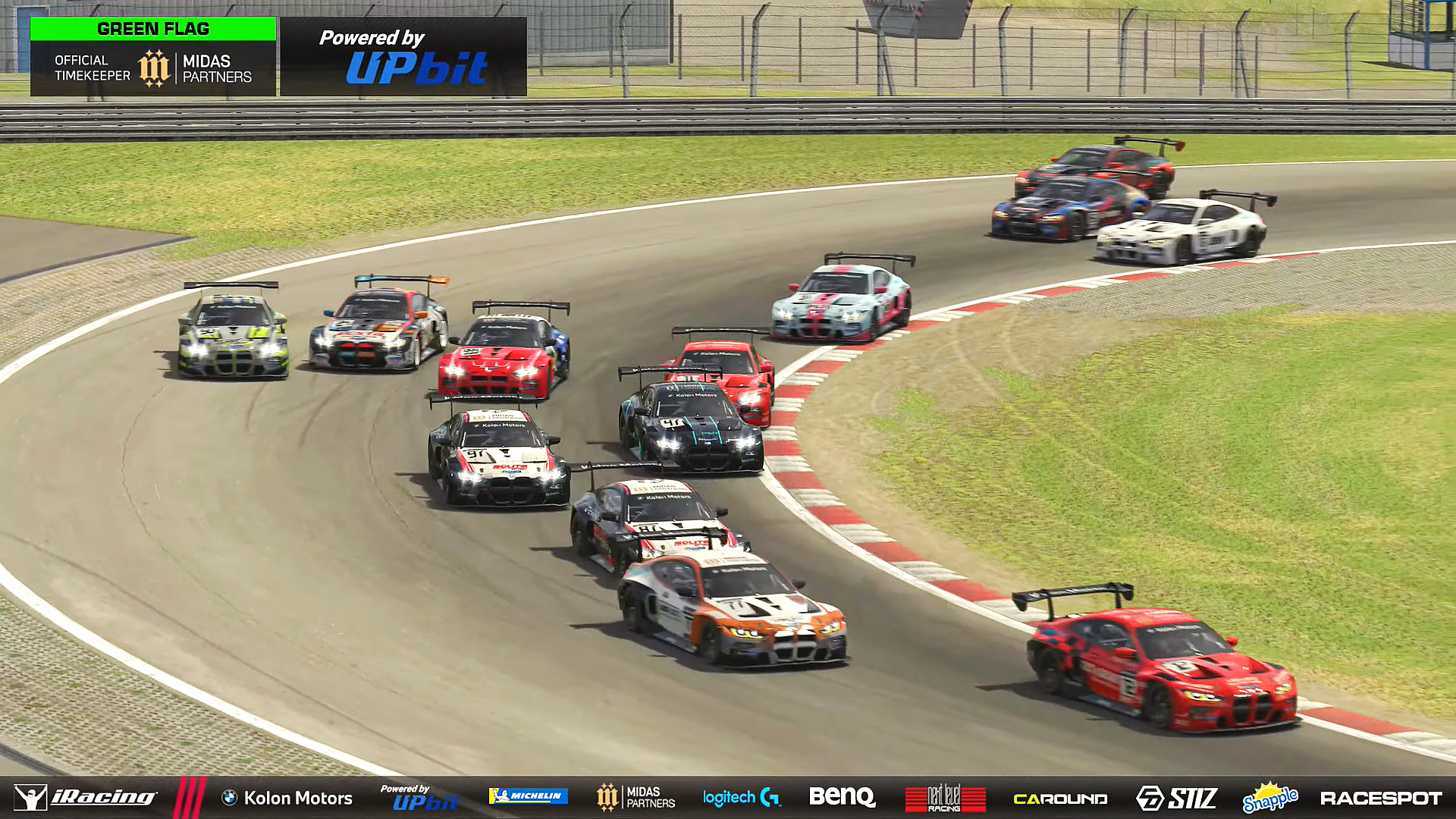