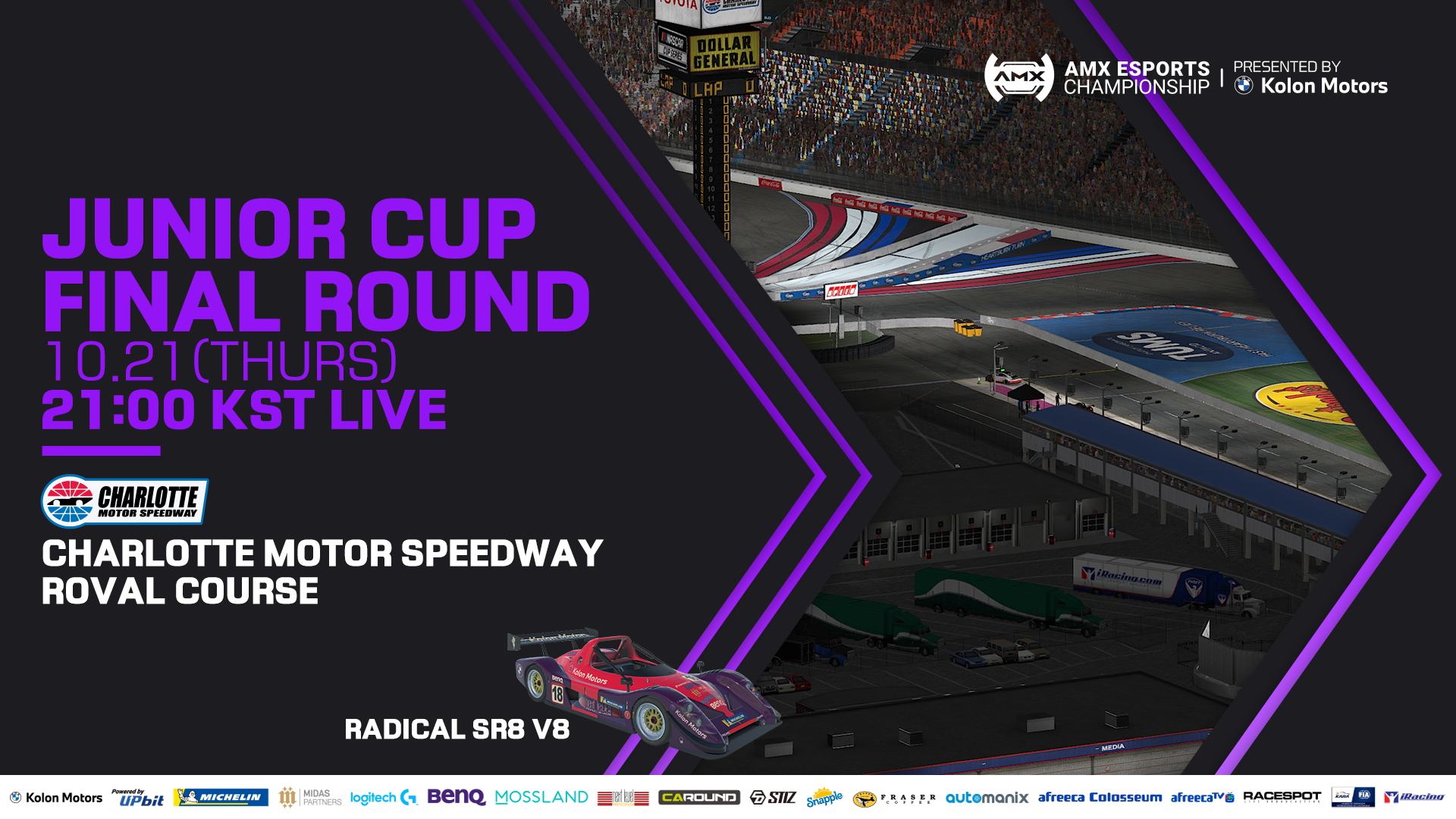 The AMX e-Sports Championship is back!

..starting with the final round of the AMX e-Sports Junior Cup (R10), which will feature the future drivers of South Korea's motorsports scene, will begin at 21:00 on October 21st (Thurs).

Beginning with the first round on June 3, the final round, R10 will be held later tonight!

There are not only young drivers among the Junior Cup who drive in the karting scene, but ordinary students who also like racing participate which expand the base of Korean grassroots motorsports. Top three drivers will be awarded 2 million KRW, 1 million KRW, and 500,000 KRW, respectively, paid out in scholarships. 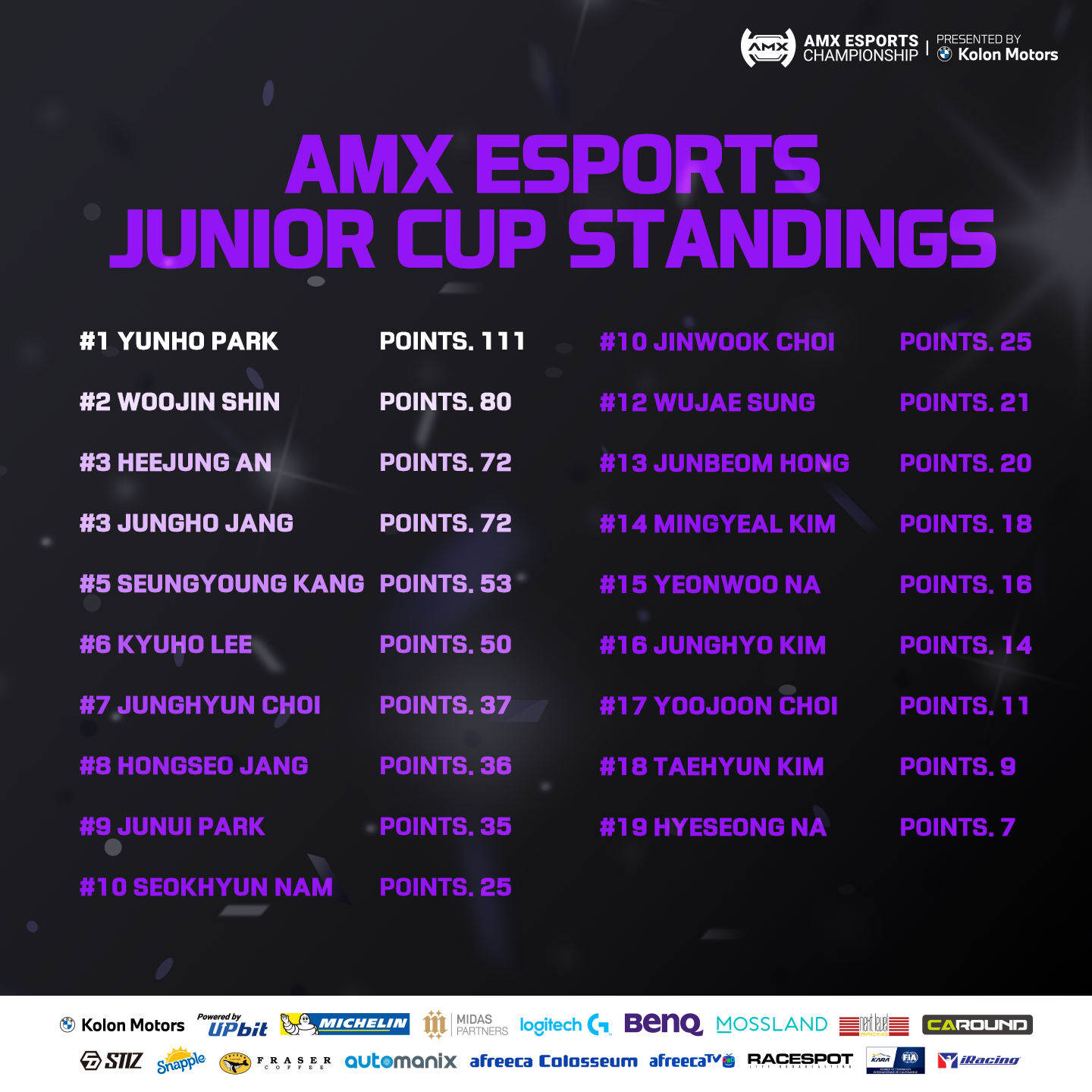 Currently, Yunho Park has confirmed the top spot regardless of the final round with 111 points, and Woojin Shin, Heejung An, and Junho Jang are competing within a tiny margin of points to finish in second and third place.

The AMX eSports Junior Cup will be broadcast live on the AMX YouTube channel and RaceSpot TV YouTube channel at 9PM KST. on Thursday, October 21. In addition, announcer Lee Kang-joon and commentator Charlie Kang are participating so tune in to the future racers of Korean motorsports!

Last but not least, the remaining rounds R13-18 will be hosted at the afreeca Colosseum next Wednesday, October 27th and Thursday, October 28th. Be sure to tune in then!